This afternoon we arrived back in Ellesmere after a very pleasant trip up to Llangollen.

We stayed in the basin for a couple of days, most of Wednesday was taken up with visits from Wilson's & an engine service. We usually do our own basic servicing ie oil & filter changes but decided to have a professional job done with winter on the horizon.  The engine has developed an annoying  vibration on low revs & we hadn't found an obvious cause (but being the novices we are that's not surprising!)   The RCR engineer spotted a small fuel leak which had been dripping onto one of  the rubber dampers under the engine mounts causing it to perish, resulting in the vibration. So he has sorted the leak & we are checking out getting the mount  fixed.
After 2 nights putting up with the road noise at the 48hr moorings at the Sun Inn we had been looking forward to some peace & quite in the basin in Llangollen & it is great, it's got shore power & water to all pontoons & the setting is beautiful BUT it also has some very noisy nocturnal ducks, who seem to get their kicks splashing  & squawking in the early hours resulting in disturbed sleep & being shattered on Thursday, too shattered to contemplate the climb up to Castell Dinas Bran. 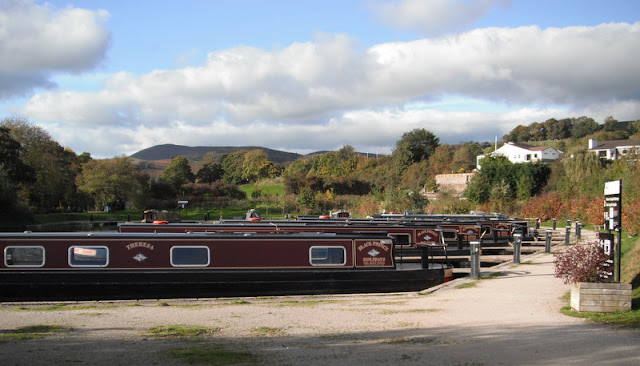 Llangollen Basin looking like a Black Prince depot, Poppy is tucked away in the back corner.
On Friday we headed back out of Llangollen & back to the Sun Inn moorings, I needed to get to Chester on Saturday to meet Eric, who has joined us for half term, & it's got a handy bus stop just across the road. So 2 more noisy days but at least the traffic quietens down during the night meaning we managed enough sleep to be able to manage the climb up to the Castell & it was well worth the effort.... 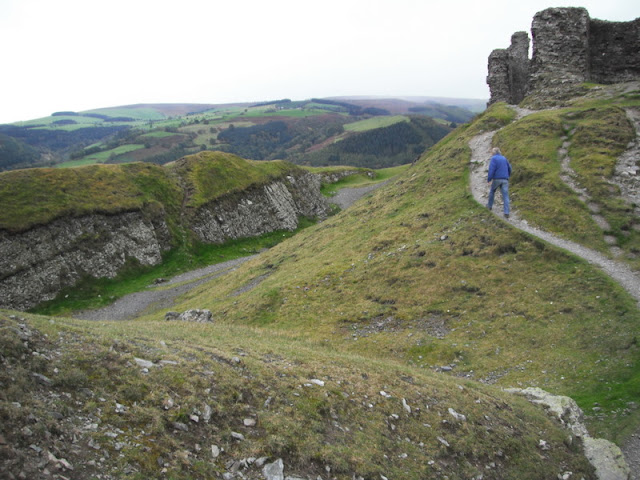 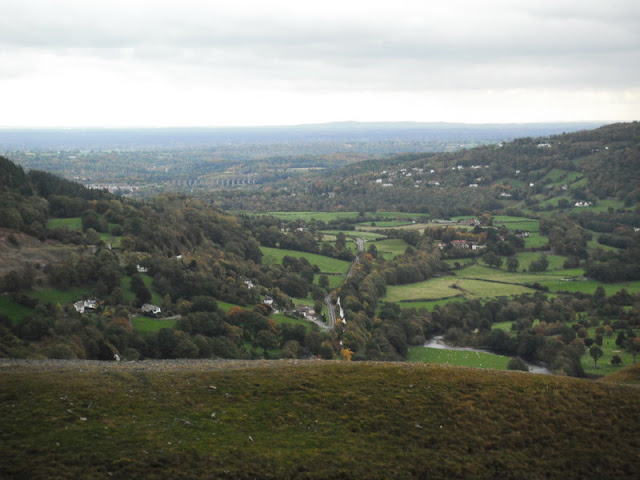 Looking towards the Pontcysyllte aqueduct in the distance, the canal is the 'white' stripe in the centre foreground 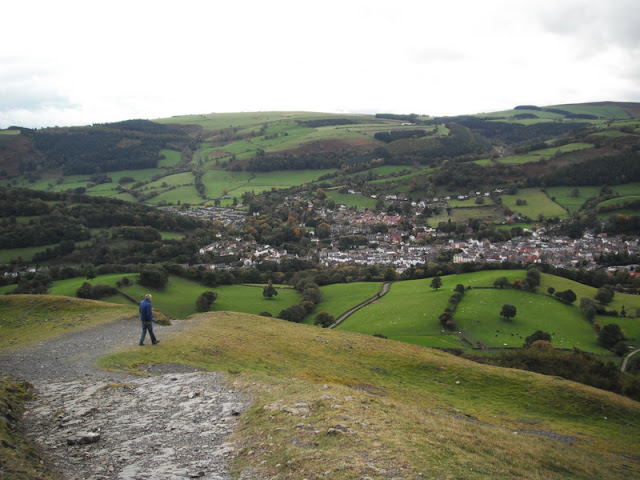 heading back down towards Llangollen & afternoon tea.
Sunday dawned bright & very cold after a sharp frost, we got off at 8am & after a couple of stops, one for coal from Chirk Marina, another near Chirk tunnel for lunch & a nip to the Spar for the paper, we moored up just past the bridge at St Martins Moor.
It  was another cold night ( a good job we'd stocked up with coal) with yesterday dawning sunny & frosty. We decided to stay put for the day to enjoy the peace & quiet, Mark & Eric did some wood chopping in the morning & in the afternoon Eric & I decided to get some exercise.
We walked across the fields up towards the village  keeping an eye out for a shop as Mark had requested 'treats',  heading towards a garage we'd spotted, we rounded a corner & came across Stan's Superstore   So we returned to  Poppy with treats aplenty...
This morning we were off by 8am & even though it  was pouring down there were plenty of boats already on the move, once through Marton locks Eric & I left Mark to it & headed indoors, no point in us all getting soaked. We arrived in Ellesmere at 11am & found a place on  the 72 hour moorings opposite the services which were very busy, we realised later that we had got one of the last vacant spots. Nb Bendigedig,  who we passed at Frankton junction this morning but didn't get chance to say hello as I was down below sheltering from the rain, has an accurate description of Ellesmere at half term!
We are now fully stocked after a trip to Tesco & the plan is to get on the service point early tomorrow then head out to find  countryside mooring.
Posted by Julia & Mark at Tuesday, October 26, 2010