On Friday morning we left the pleasant surroundings of Worsley 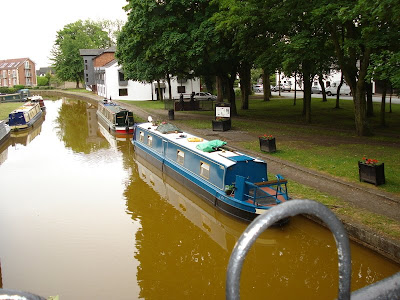 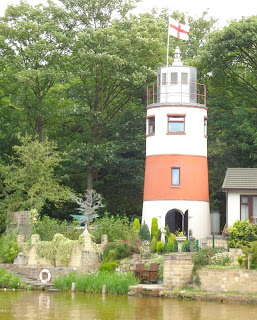 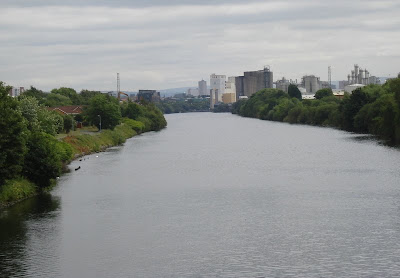 looking left towards the Manchester skyline 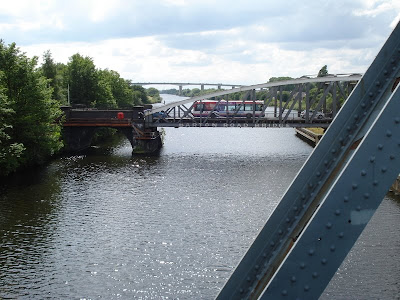 looking right towards the road bridge & the M60 in the distance
Had lots of family time over the weekend & on Sunday with family aboard we cruised into Manchester, managed to find a mooring in a very busy Castlefield & enjoyed a picnic in the sunshine, later they got the tram home back to Stretford. 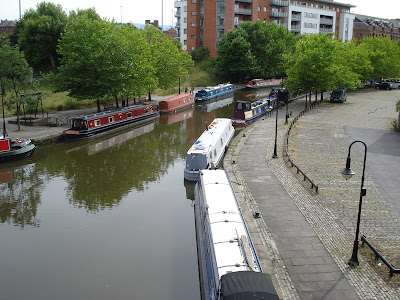 busy Castlefield
We had a walk over to check out the big screen area, complete with beach, before the football final & thought we may watch it there to save on our power but in the end we were just too idle & watched it on TV. 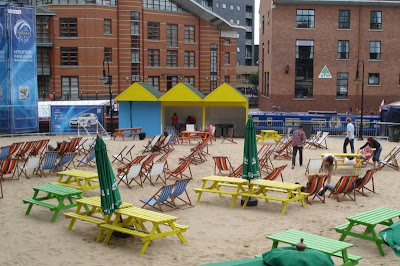 Manchester 'beach'
I woke at 3am & someone was running their engines !! It was pretty busy with boats end to end & no spaces left so difficult to figure out who was the culprit except it was someone on the opposite side, just as well because if I had actually got up………

Had a potter around yesterday, visited the John Rylands Library , & the Museum of Science & Industry  I was a bit disappointed  not too see more about the history of the canals in Manchester but it is undergoing some serious revamping with the main building currently closed so I may be doing them an injustice.
9pm last night & just settling down to watch Rich Hall’s programme about the American Deep South  when the boat opposite turned their engines on, opened their hatch & started playing music so we all could hear, cheers guys!
I bit my tongue & closed the windows, it quietened down about 11 so not too bad I suppose…..
This morning we needed to go up to the service point to water & as a few boats have moved on we have now moored up well away from the offenders.
We will probably make a move on Thursday or Friday & the current plan is to head up the Ashton then onto the Peak Forest, maybe…
It seems that the water situation on the Leeds Liverpool is getting critical, & BW plan to close it between Gargrave & Wigan on 2nd August unless there’s significant rainfall, well it’s pouring down here tonight so that’s a start.
a couple more pics 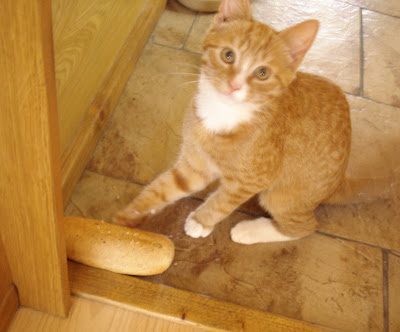 erm.. can't I play with this freshly baked bread bun then ? 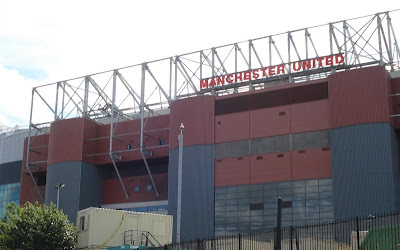