On Friday morning before we left our overnight mooring right on the Worcester - Staffordshire border .... 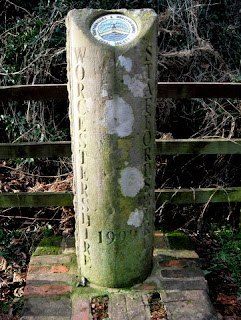 ... Mark took advantage of the sunshine to saw up the wood we had accumulated & I sat outside for a while as it was almost warm, quite springlike & very pleasant.
Soona came out to join me, It's the first time she has been outdoors this year, she is a fair weather cat & in winter doesn't move far from the fireside. 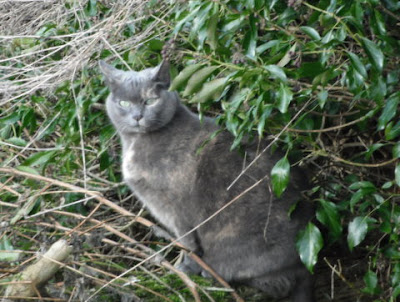 Meanwhile Sid was not allowed out, too many trees nearby to tempt him to climb & I didn't want to be not able to move on because he was stuck up a tree. ;)

We left at 12 noon & despite the warm sunshine there was some thin ice patches on the canal. 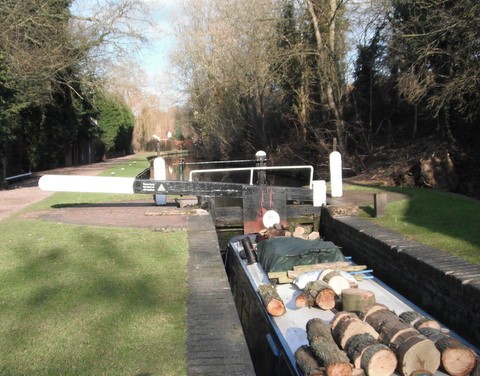 Poppy in Whittington Lock with the newly sawn wood stacked on the roof. 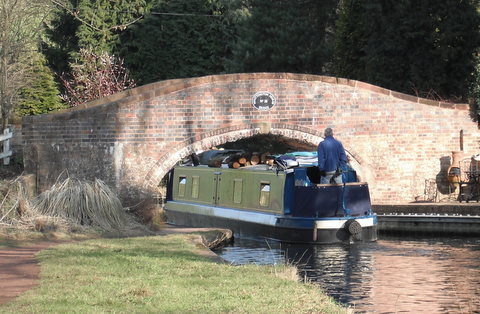 Some of the bridges on the Staffs & Worcs are a bit low!

It was just a short hop to Kinver & we were moored up by 1pm, I can't remember what we did with the rest of the day, I suspect not a lot!
The last time we were here we walked up to the edge but it was a cold, foggy day & no views to be seen so yesterday being sunny & fog free we had more success. 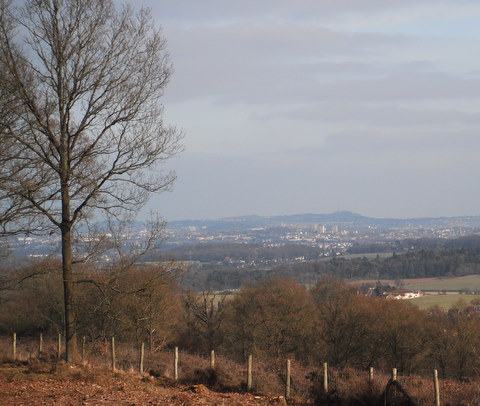 View from Kinver Edge, Brum possibly?
On our last visit we spotted a pair of buzzards in a field just before the car park, I tried to get a photo but they wouldn't pose long enough.  We saw them again yesterday in the same spot & again they were camera shy  so I'm afraid this fuzzy pic was the best I could get. 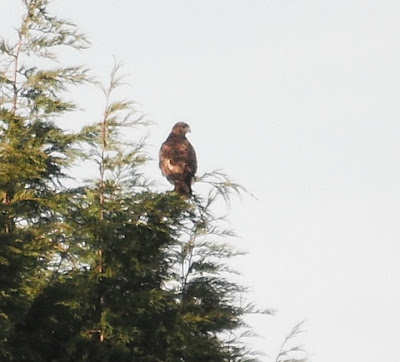 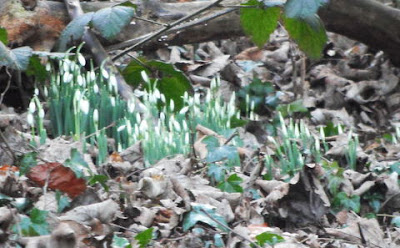 Another fuzzy pic  as they were a way off & suffered a bit of camera shake but still a sight for sore eyes, we also noted that there are green shoots of dandelions & nettles coming through on the verges, roll on spring.
Despite the sunny weekend, the nights have been cold, the temperature dropping well below freezing resulting in a frozen canal... again. We had hoped to be heading up to Stourbridge today ( especially as we are down to our last bag of coal)  but looks like we are going nowhere. The forecast is for warmer weather in the next few days but the pay off looks like wind & rain, oh well...