A wet Sunday in Birmingham

After a peaceful night moored outside the Merry Hill Shopping Centre we were up early on Wednesday morning & it was still dark when we left at 7am. We anticipated a long & busy day if we were to reach Birmingham by dusk & we weren't disappointed! 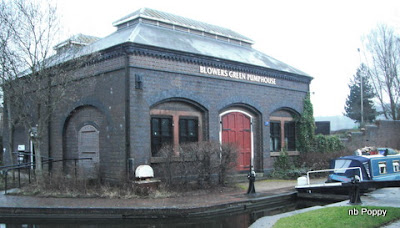 Blowers Green Pump house  & lock, just round the corner to the much needed water point 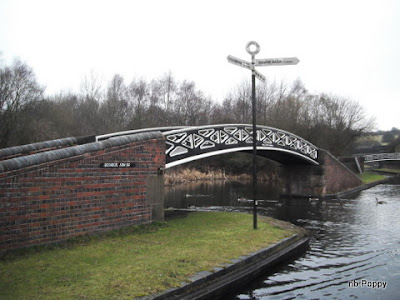 Graceful cast iron bridge at the Boshboil Arm, they are a common sight on the BCN 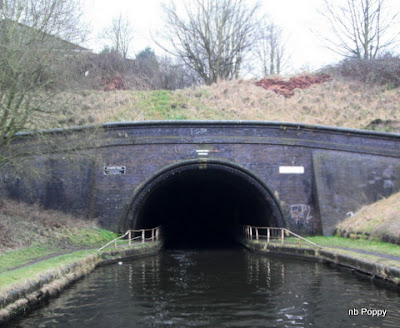 Looking back to the Netherton tunnel, at 3027yds it seemed to go on forever,
it actually takes about an hour to go through.
Instead of keeping it simple & staying on the 'new' Main Line which would have been fairly straightforward & involved no locks we needed to take a rather more convoluted route because, as I hadn't managed to sort a new supply of coal from Corbetts  I had arranged to pick up some coal from Charlton Whitehouse in Oldbury.  Anyway the 'old' canal route looked more interesting....
Once the fresh supply of coal was safely stashed ( not on the roof!) we made our way to the 3 Smethwick locks,  1st lock went smoothly enough & as the gates on the 2nd lock were already open Mark cruised neatly in & I went to close the gate behind him. Some gates are really heavy & stiff but this one would not budge & we soon realised that something was in the water, after trying & failing  to shift whatever it was we decided to cut our losses, Mark managed to reverse into the pound & wind with just an inch or two to spare & we headed for Spon Lane locks instead.
As we cruised away  I rang BW  to inform them of the lock situation & let them know that we weren't hanging around waiting for them & had gone the Spon route.
Now we hadn't seen another boat all day &  would you believe it a few minutes later a boat coming towards us heading for the locks, we did the best we could to let them know the situation as we passed each other, not sure that they heard us properly & we never saw them again so I hope they managed okay. It was a green nb, looked quite new, called 'Isis'.
By the time we reached Spon Lane it was late afternoon, we were getting tired & looking forward to getting through the locks & onto the final stretch.   Ha! fat chance.. 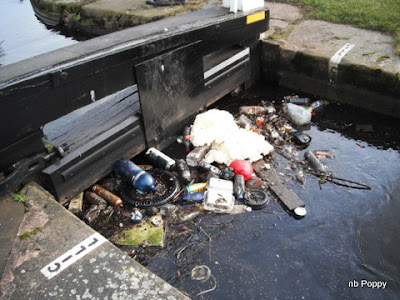 ... the locks were full of rubbish & despite clearing as much as we could we still managed to get jammed in the middle lock by 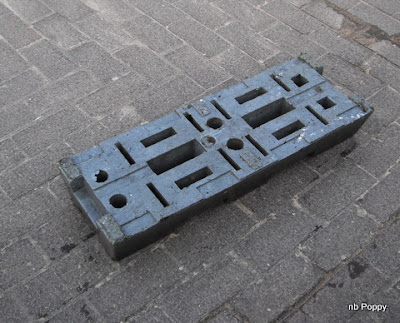 this ...
much banging & bashing before it was shifted  then 2 trips down the weed hatch  before we finally got back onto the main Line. 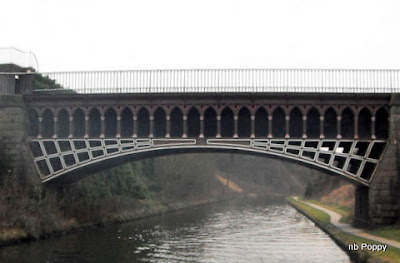 The elegant aqueduct on the  Engine Arm
The old line & new run side by side here & the offending Smethwick lock is just over the hill.
No further problems & we finally got moored up on the Oozells Street Loop at 5pm, shattered!
We're quite impressed by the waterfront here, it's very smart & we've just been pottering about enjoying it though not today as it has rained all day so good excuse to be idle.
I have a Doctors appointment tomorrow as I'm still having problems with my wrist & whether we go or stay is dependant on the outcome of that visit.
Posted by Julia & Mark at Sunday, February 13, 2011