I spoke too soon when I said the stoppages should be completed by today, the 11th,  I had no sooner posted the last blog entry when I got this email from BW.


UPDATE (07 March 2011): During repair works to lock 33 we have come across a huge cavity behind the lock wall that requires extra works we hadn’t originally planned for. Unfortunately, in order to carry out these works and make the wall safe we will need to extend the stoppage until the 17th March.
British Waterways apologises for any inconvenience caused and will make every effort to try and complete the works early.”


Stoppages, planned & unexpected are a fact of life on the canals, plans just have to be amended accordingly - It's easy for us though as we rarely have to be any where specific but for hire boaters & people trying to get from a to b within a time frame it must be a bit frustrating.


Anyway we got our Tesco delivery on Tuesday, bridge 68 is a handy spot for a delivery as a lane runs right past the boat but not a good place for Soona to potter about as cars buzzed past going to the couple of houses at the end of the lane so on Wednesday we went up to the winding hole just before bridge , winded & came back down to bridge 66 to await another delivery, this time for coal.
I found a local coal merchant, Calcutts in Henley in Arden who will deliver although not until Monday, but as, due to the stoppage at lock 33, we aren't in any rush also at £9 for 25k of pure heat their price isn't bad!
Mark will get the bike out tomorrow to nip up to Dorridge for the weekend papers & fresh bread & we shall hopefully have a peaceful weekend. 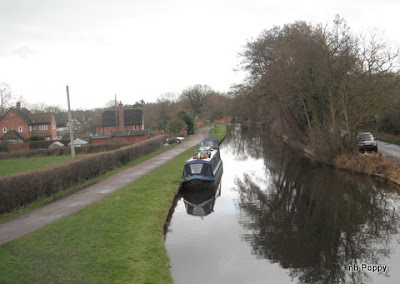 Moored just below bridge 68
On my walk yesterday  I went down past the junction up to just past bridge 63 ( any non boaters reading this must think I'm obsessed with bridges, not really it's just that on a canal as bridges are all numbered it's a good way of knowing where we are!) I was just on my way back when my phone ringing disturbed my reverie, it was Mark to tell me that George & Carol Rock n Roll were on the water point & stopped by to say hello, I was a still good hour from home but as they were headed my way I should see them pass.
As I got to the junction I came across Geoff & Mags on  Seyella  they were headed to the services. I had noted on their blog the previous day that Geoff had painted some of the roof in their boat cream, I have been thinking of doing ours as the oak does seemed to have darkened somewhat ( maybe from the fire) & indeed had put a comment on their blog as I wasn't sure whether gloss or emulsion would be the way to go.
Anyway I was invited aboard to have a peek & am suitably impressed, emulsion it is then           (cheaper as well !) after a scrub with sugar soap. So when we eventually get to Stratford on Avon it will be paint shopping at B&Q.
Back on the tow path I soon came across Rock & Roll heading south & we managed a quick hello under the bridge. On day we will meet up & get to have a proper natter, hopefully sitting out in the sunshine. 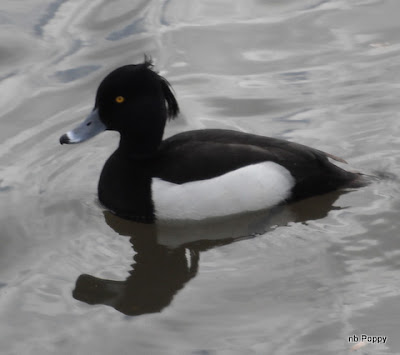 Out walking I spotted this Tufted Duck 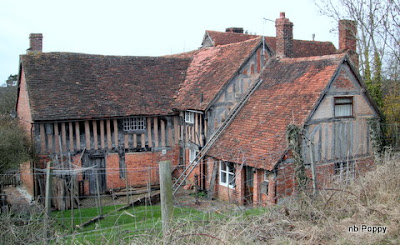 & this grand old house ( also spotted by Geoff as he has almost same pic on his blog!) 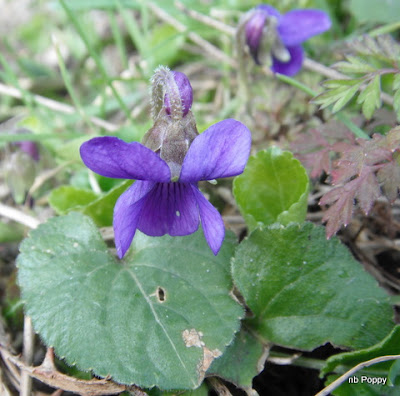 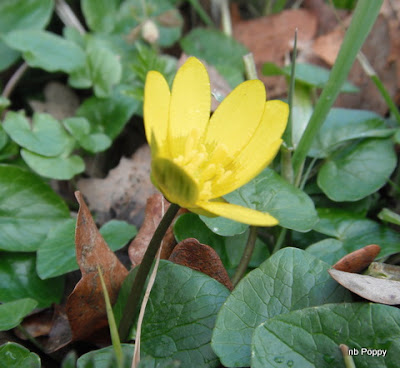