Yesterday we were finally on the move again as the repairs at  lock 33 had been completed.... 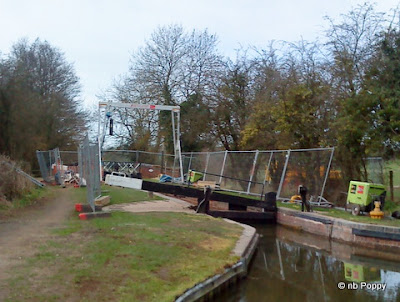 ...though only just I think! Anyway we were able to get through easily enough.

NB Mr Bojangles presented us with a bit of an obstacle... 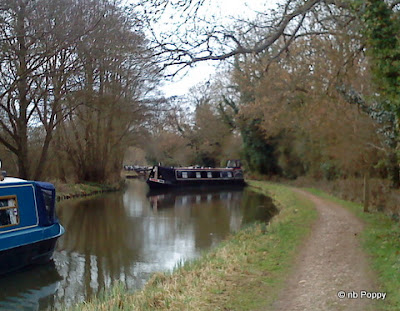 no-one aboard & the front pin had come loose, fortunately the rope had been threaded through the eye of the pin & was hanging off the bow so we soon had it sorted.
The stern pin was also very loose so that was made as secure as possible with a few clouts from the lump hammer. 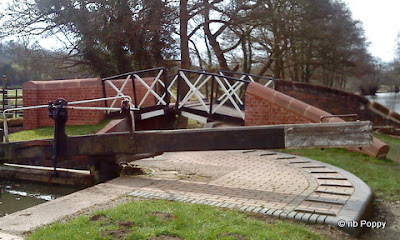 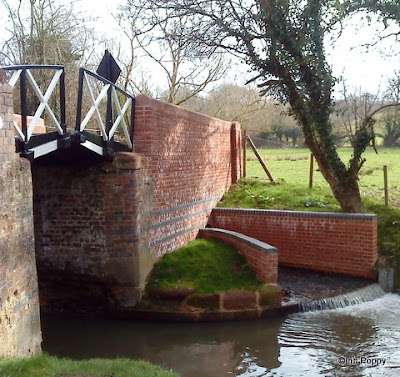 The other side.
We didn't really move far, just 3 miles or so but that did include 14 locks. Starting early, 7.30am, it was overcast & chilly but by mid morning the locks had warmed us up & the sun came out warming us up even more.
We were moored up by 11.30 & after lunch had a walk into Henley in Arden to get some supplies. Mark had checked the map & found a path across the fields so we could avoid the busy main road although we did end up back at  the road for the last 1/2 mile or so. After getting the shopping & an ice cream we spotted a notice board with a plan of local footpaths so sorted a route for our return walk & try to avoid the road altogether.
Hmm, well all I can say is next time I will take my GPS!  It was very pleasant, the sun shone, it was dry underfoot & lovely countryside, but we took a wrong turn somewhere & ended up walking far further than we should & still ended up back on the main road, which by that time I was pleased to see as at least we knew which way was up, so as to speak!!


After the excitement of yesterday today has been more mundane, a bit of housework this morning & this afternoon I sanded the gang plank & gave it a coat of varnish. It has been warm & sunny & the cats have enjoyed being outside although Sid still needs to be on his lead as the road is close by. 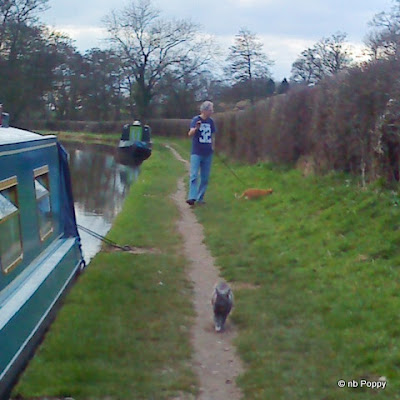 Apologies for the quality of the photos, my camera battery was flat so these were taken on my phone.


We are still moving slowly ( nothing new there!) as we don't want to get to Stratford upon Avon before next weekend because being our anniversary & my birthday we have booked to go to see King Lear at the Royal Shakespeare Theatre on the 28th. I'm really looking forward to it :)


Tomorrow we might trundle along to Wootton Wawen & spend a couple of days there.
Posted by Julia & Mark at Monday, March 21, 2011