Yesterday morning Mark was awake very early so we were on the move before 6am, 1st stop the water point & then the Napton locks, we struck lucky as all bar one were in our favour. We met just one boat coming down so they were pleased that all would be set for them.
We exited the top lock at 8.30am, stopped for a coffee & then had an enjoyable cruise along the summit to Fenny Compton, the canal here twist & winds, you have to be on the ball as it's sods law that you'll meet any oncoming boats either on a bend or in a bridge hole. 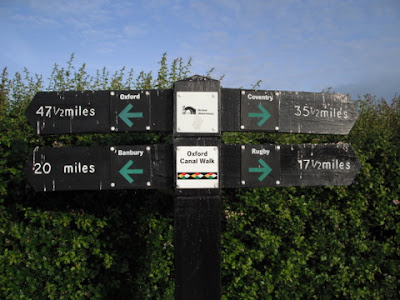 but at least we won't get lost.. 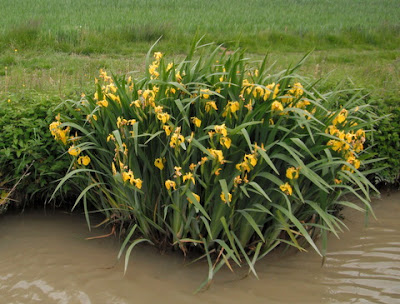 The hedgerows & canal banks are very lush now with the yellow iris looking at its best.
Arriving at Fenny Compton at 12 noon we found a spot on the 14 day moorings & after lunch we had a walk into the village to the small Co-op for some supplies, a lazy afternoon followed.
We're moored a few yards from The Wharf Inn & took advantage of  their 2 for £10 offer for our evening meal  & it was spot on, mushroom & garlic pasta for Mark & veggie sausage & mash for me, good sized helpings (I couldn't finish mine but did need to leave room for a pud!) tasty, fresh vegetables, pleasant staff & surroundings, definitely recommended. They also have a shop selling basic groceries etc & a launderette ( £5 a wash, commercial sized machines) All useful stuff for us boaters.
After our meal we were struggling to keep our eyes open no doubt due to full tums & our early start so it was early to bed, but it had been a great day. 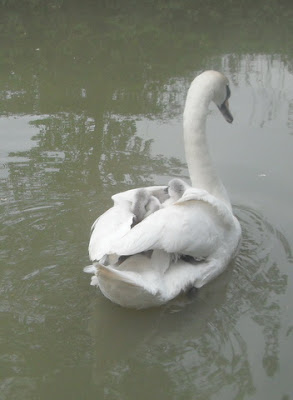 This morning the local swan family called by to see if we had any breakfast for them,
they have 5 cygnets & they were all hitching a ride. This was them later this afternoon
To counter the effects of the puds ( treacle sponge & sticky toffee) we ate last night we had a 7 mile walk from Fenny Compton up to Burton Dassett Country Park. It was a fairly strenuous climb up but some good views from the top though very windy. 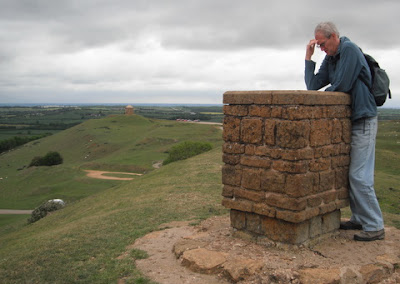 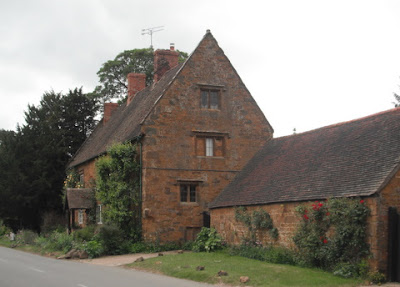 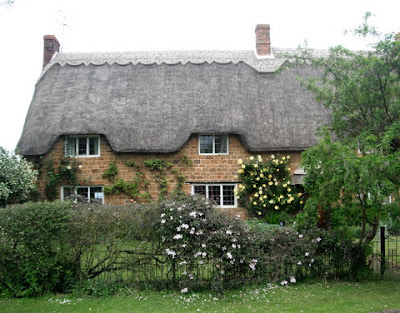 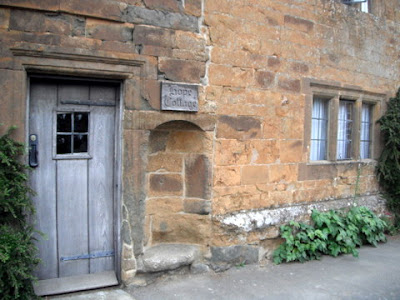 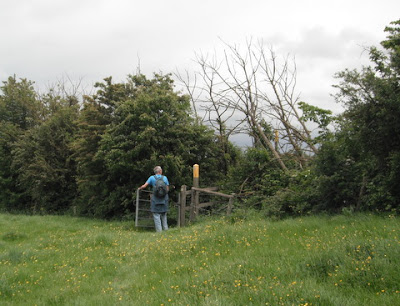 The yellow topped posts that help with way marking... 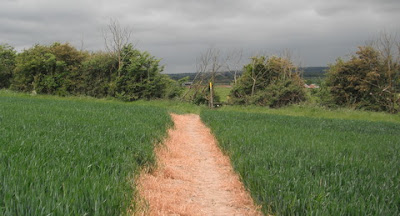