We decided not to bother going back up through the lock for water this morning assuming we would pass a water point at some point today, which we did... eventually.
An early start at 6.45am and for the first time we cruised with the back cover up, 1. because it was a bit chilly & 2. because we could, with no low bridges to go under but as the sun warmed the day up we soon took it down again to enjoy the sunshine. 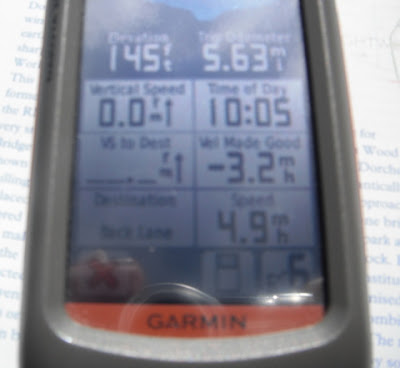 We did go a bit faster just for a few minutes but we soon dropped back to 3-4mph,
our engine seems happier just plodding along. 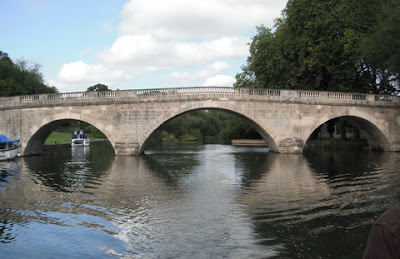 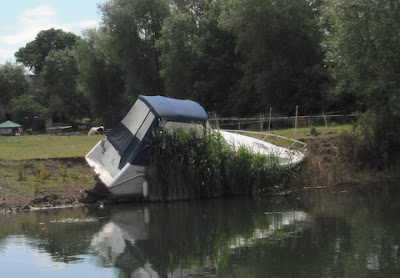 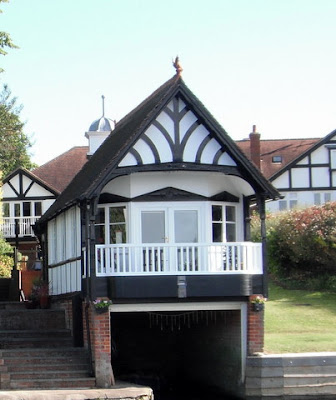 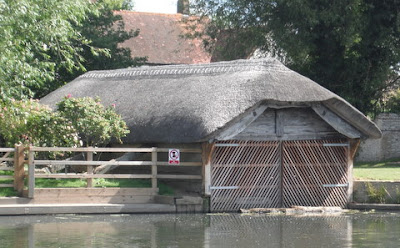 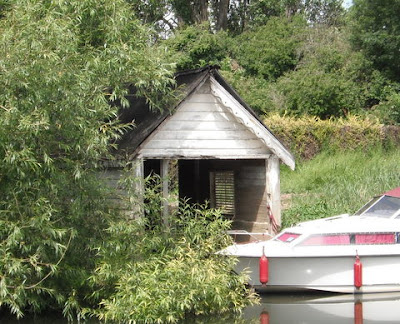 & humble
We filled our 25lt water container at Culham Lock (no hoses allowed) in case we found an overnight mooring before we could fill the tank. As usual we had no definite plan of when or were we would stop but I did want to stop off at Wallingford to call into the hardware shop so of course the moorings were full. So we carried on, enjoying the river & the scenery having lunch on the move. I spotted quite a few red kites circling above us but failed to get a decent photo.
On arriving at Cleeve Lock we spotted a water point just before the lock so we now have a full tank. Through Goring Lock we found some space on the 24hr moorings & as it was 1.45pm we decided to call it a day. We may only just potter along but I was surprised to see we had done 19 miles ( & 7 locks but as they are either done by the lockies or if on self service, just push button so no real effort involved) in 7 hours.
After mooring up we walked up to the village shop for the Guardian & some ice creams then not long after we got back on board the rain started, good timing....
Posted by Julia & Mark at Monday, June 20, 2011