We've not moved far since last weeks blog, just round the corner & back onto the Staffs & Worcs at Tixall Wide as we've been hanging around waiting for some post but it's no hardship being here it's a lovely spot & Sid loves it as plenty of hedges to clamber around in.
He managed to lose another collar today so he's wearing Soona's, I spotted this a while ago & have decided to get one, I ordered it from Amazon as they were selling it at a better price. I've had it delivered to Beks & will pick it ( & all the other stuff I have recently sent for including thermal underwear!) up when I am up there in a couple of weeks to fetch Rowen who is joining us for half term.
The weather has been wild whilst we've been here, very windy at times, not a lot of sunshine & cool enough for a fire most days, but today the wind has dropped & it was quite mild so we went for a walk round the edge of Stafford Plantation & Shugborough  Park then back through Great Haywood village. 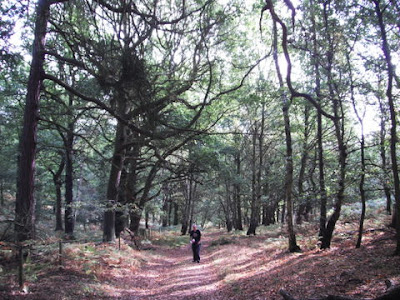 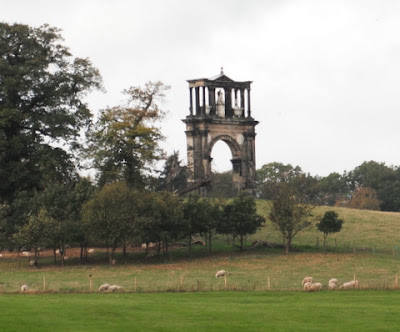 The Triumphal Arch in Shugborough Park 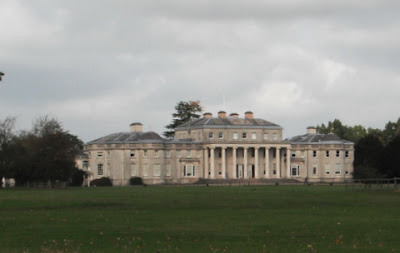 Shugborough Hall, not the most exciting of buildings ( in my view!) 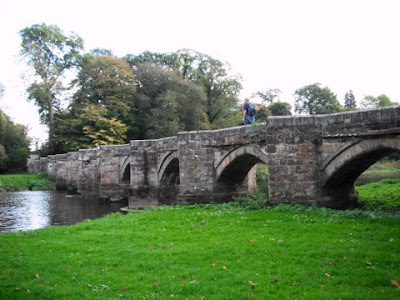 unlike the elegant Essex Bridge over the River Trent 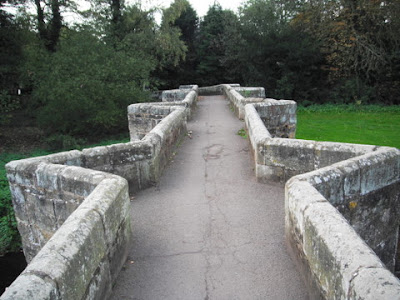 which is a packhorse bridge built in 1550 by the Earl of Essex for Queen Elizabeth 1st so she could go hunting in the local woodland. It  only has 14 of it's original 40 span arches left but is still the longest packhorse bridge remaining in England. 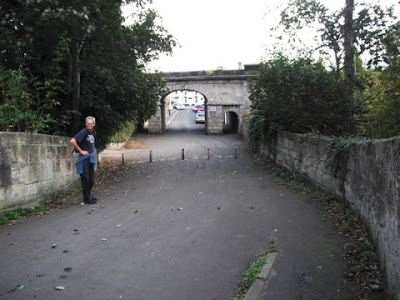 It now leads  to the bridge over the canal at Haywood Lock & Great Haywood village through the railway bridge. 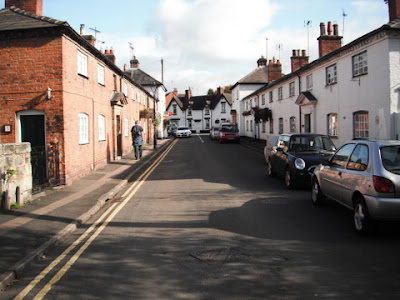 These 2 rows of cottages were built for residents of Shugborough village that was demolished to " improve the ornamental appearance of the park".
Just passed the cottages is the village Post Office, I popped in on the off chance & my post had arrived :) so tomorrow we will move on towards Stone. Anglo Welsh have a base at the junction, their current price for diesel is a respectable 85p before tax & we'd quite like to top up but with most of their fleet 'at home' there's not much space to get to the diesel point.  We'll have to see what the state of play is when we pass in the morning.
Posted by Julia & Mark at Thursday, October 13, 2011