Quite a bit of progress has been made this week & we have done so well that I will now take Rowen back home from Whitchurch instead of Nantwich. 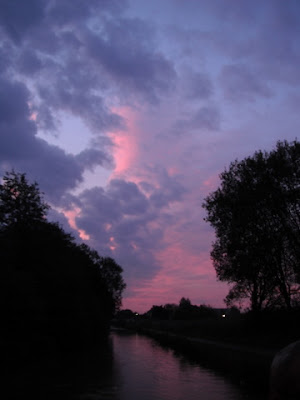 Leaving Stoke on Trent at 7.30am on Monday morning, 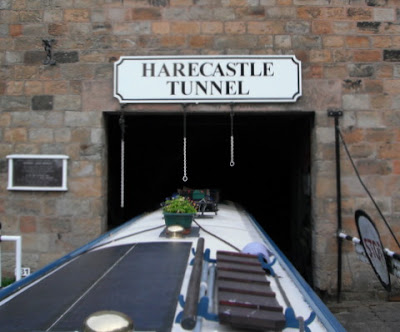 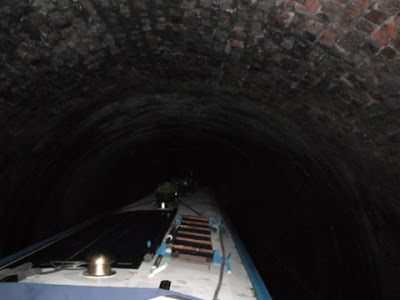 It doesn't seem too low so why all the advice to clear the roof? 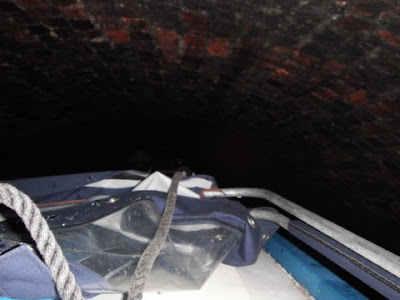 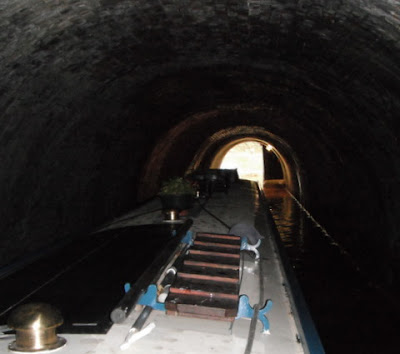 Nearly through...
Once through the tunnel & the lock we moored up for a quick trip to the handy Tesco & then pressed on hoping to make some serious progress. 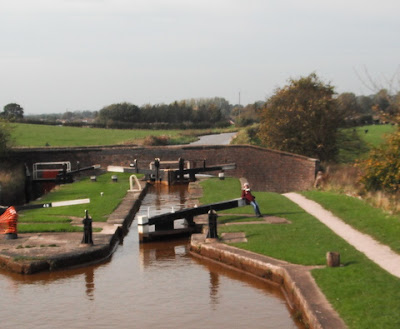 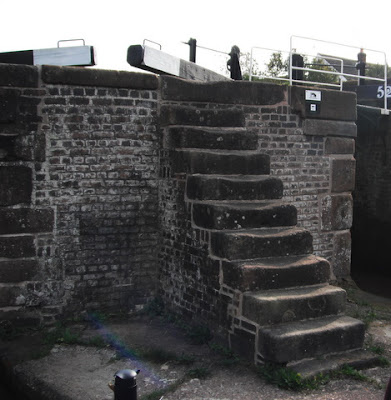 These stairs have seen some use 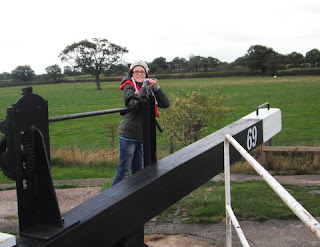 Stiff paddles!
Calling it a day at 5pm  we moored up between Malkins Bank & Wheelock, we had done 12 miles 26 locks &1 tunnel in 8 & a half hours, a very long but good day. A much easier day on Tuesday, we did 7 miles & 7 locks & then moored in a lovely spot between Stanthorne Lock & Normans Bridge. It was Sid friendly with a field of sweetcorn behind the hedge in which he had a whale of a time.
He now has the loc8tor  tag on his collar & although he hasn't been 'lost' as yet it seems to work fine, 2 tags were supplied with the loc8tor so Soona is sporting the other one, just in case although she rarely goes more than a few yards from the boat.
Yesterday was another long day, leaving Stanthorne at 7.30am on a bitterly cold morning, hats & gloves were quickly dug out of storage but before long the sun came up on a glorious autumnal day. 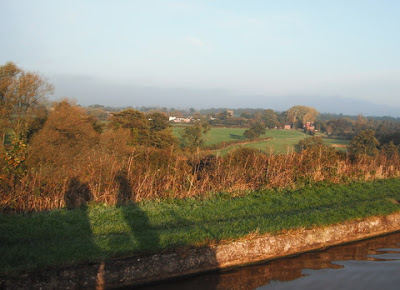 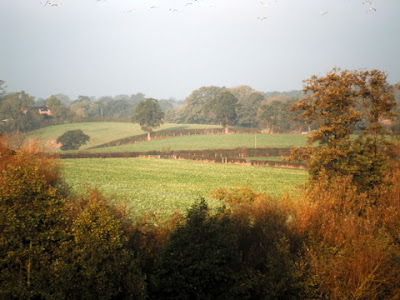 We reached Hurleston Locks by midday, they weren't too busy & we waited for one boat to go up before us, a boat was descending so we passed in the pound to the 2nd lock 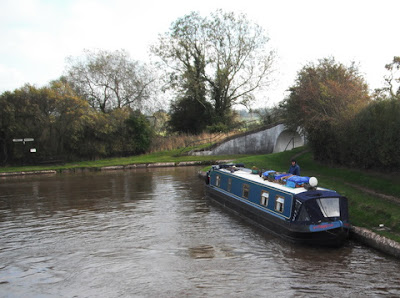 Waiting at the bottom of the Hurleston Locks 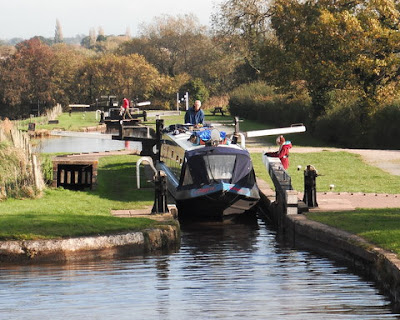 Our assistant's training is coming along nicely. ;)
A boat had come into the top lock so Mark waited patiently for them to descend so we could pass again in the pound, Rowen & I walked up but our assistance wasn't required as there was a crew of 4. The lockie was keeping an eye out as usual which was just as well as he realised that there was a problem. As the paddles were raised & the water level dropped the boat (sorry, didn't get the name & if I had I'd have forgotten anyway, hopeless with boat names!) began to tilt, the stern was back up against the top gate & on the cill.The lockie quickly dropped the paddles & it turned out that the boat had lost forward drive & as the steerer tried to go forward he just went in reverse. When the lock was refilled & the panic over the boat was pulled back out of the lock, we then locked up & then pulled over onto the service point. A lot of head scratching was going on in the other boat, which the 2 couples on board had just borrowed for a holiday, we left them to it as not being mechanical types any advice we could have given would have been worse than useless!


We plodded on until Wrenbury, mooring up at 4.30pm in the rain, 16 miles & 11 locks in 8 hours. It's raining again today so we have had a good excuse to be idle but as we have made such good time it's okay, if it stops raining this afternoon we may grab the chance to move on a bit otherwise we shall do so tomorrow.
Posted by Julia & Mark at Thursday, October 27, 2011