When we left Goole on the 18th May 2010 we had no plan other than to get beyond Skipton on the Leeds & Liverpool as, until then, that was the furthest we had been & we didn't want to plan too far ahead, just to go where the fancy took us.
Up to now the fancy has led us over the summit of the L&L, down the Wigan flight, the Leigh branch to Manchester on the Bridgewater, up the Ashton, along the Peak Forest, back via the Macclesfield to the Trent & Mersey, the Middlewich branch to the Shroppie, down the Staffs & Worcs  through Birmingham, down to Stratford  upon Avon & back & then down to the Thames        (Paddington Basin) via the Oxford & back up by the Grand Union. Then back up the lower end of the Trent & Mersey via the Coventry eventually ending up here in Llangollen for the winter.
So for this year 2012  we have decided we do need a bit of a plan which is (subject to change!) to head up to Manchester via the Bridgewater then either up the Rochdale & back down the Huddersfield Narrow (or vice versa) then up the Leigh branch to Liverpool or the Lancaster via the Ribble link ( or both, maybe) We thought we'd do the Rochdale / Huddersfield in spring when hopefully there will be enough water.


It's a glorious day here in Llangollen after a cold & frosty start, I have been playing with the new camera so took some pics on our walk into the town this morning... 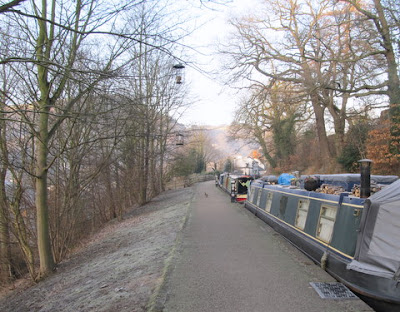 Some of our neighbours on the winter moorings 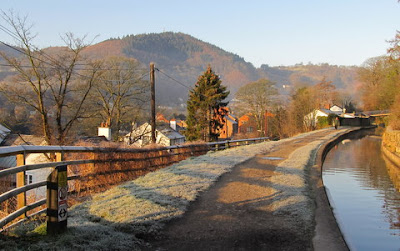 The towpath high above the town 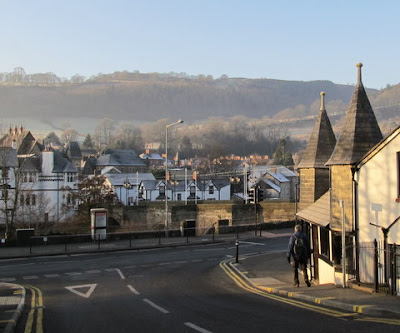 Our route into town past  Riverside Taxidermy on the corner 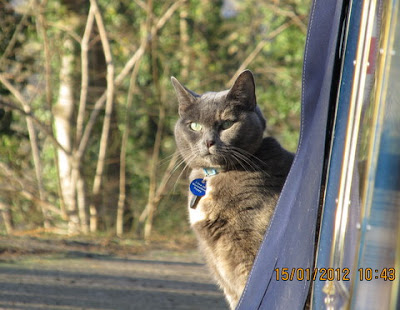 Soona keeping an eye out
I'm still getting the low battery symbol (thank you Dave for the link, I've bookmarked it)  but  managing to get  quite a few pics taken between battery changes so will see how it goes.
Posted by Julia & Mark at Saturday, January 14, 2012