Since my post last Tuesday, we have got a bit of a move on, have travelled about 38 miles & done 27 locks, which is a bit faster than we normally cruise. The reason for the haste is that, due to a couple of birthdays, we have a family get together in Manchester next weekend.
Some of the photos taken along the way... 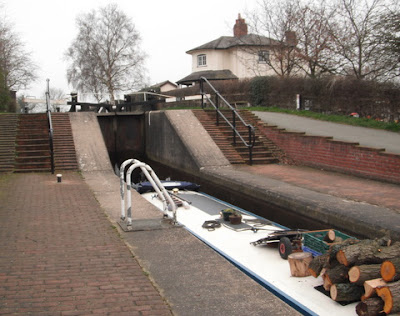 In the middle of Grindley Brook staircase locks, 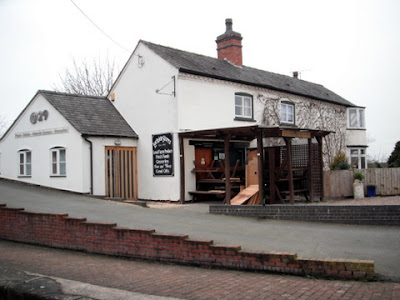 all quiet at the cafe still closed for the winter, so no toasted teacake this morning 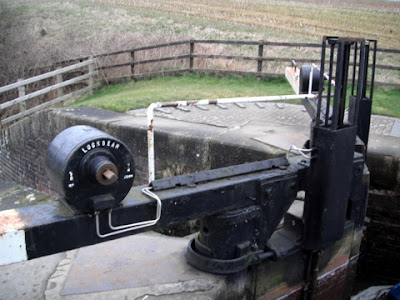 The lock gear on one of the Grindley 3, it's hydraulic & a dream to work
When we got to the bottom of the Hurleston locks we made a detour into Nantwich & nearly wished we hadn't bothered as the visitor moorings were just about full, we managed to squeeze in on the second stretch passed the aqueduct. On our way back from a trip to Morrison's we stopped for a natter with fellow liveaboards & bloggers, Jan & Dai on nb Jandai.
Jan commented in her blog that most of the boats on the 48hr moorings were there in January & generously surmises that maybe they have fully paid up winter mooring licences.
Makes me really cross that those of us who stick to the rules of continuously cruising struggle to find a mooring when visiting towns to do a bit of shopping, it's not as if we stay long as we like to be in the middle of nowhere.... okay, rant over!
Anyway we just stayed the one night & headed back up northwards on Wednesday hoping to moor in a lovely spot overlooking Church Minshull.
There is a long stretch of 48hr moorings here & they were empty so we had plenty of choice but when we came in to the bank we found a shelf meaning we were at least a foot away from the bank. We made as good a job as we could of mooring but really needed a couple of car tyres between us & the bank which we don't carry. Every time we moved about the boat it was banging against the shelf :( but fortunately Mark went on a recce & found on the stretch of bank after the 48 hr moorings & before  the bridge the shelf disappeared so we quickly moved up the hundred yards or so & got comfortably nestled against the bank & no more banging. Whilst we were there a couple of boats pulled onto the moorings & then left  again when they discovered the dratted shelf.
Anyway once that was sorted we had a peaceful stay although we didn't see much of the view as it was cold, grey & foggy until this morning when we left in nearly sunshine! 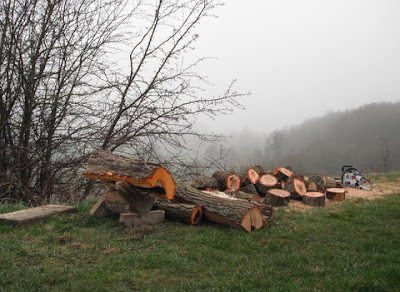 Sawing the wood we picked up on the Llangollen 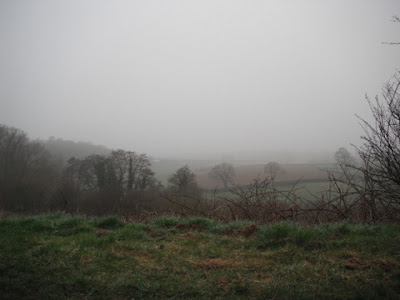 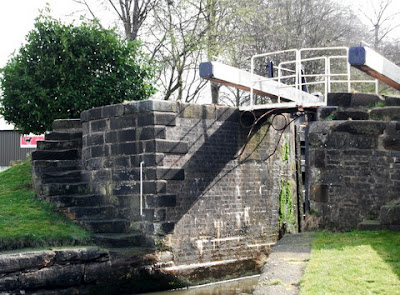 Nice stone & iron work on this lock in Middlewich, we stopped briefly to pop to Tescos then onward 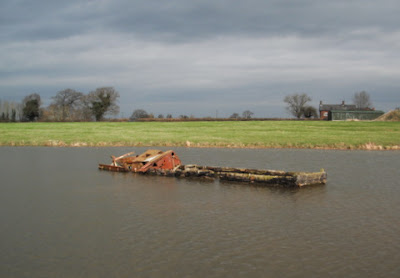 passing this sunken wreck in one of the flashes
We have moored for the night just a mile or two south of Northwich. Tomorrow we hope to get through Preston Brook tunnel & onto the Bridgewater Canal, showers are forecast so wetgear will need to be handy 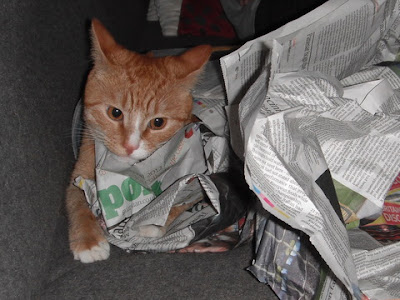 what was left of the paper after Soona started & Sid finished the game of trashing it.
Posted by Julia & Mark at Friday, March 16, 2012