We set off early yesterday morning & were on the service point by 7.30am filling the water tank etc, the sun was shining & I was looking forward to the days cruise - then I spotted this...

...some ******** has keyed the boat, right back down to the metal ! I was livid & am again now as I'm typing. What possesses people to do this stuff ?  Fortunately our boat doesn't have an expensive paint job costing thousands, if we did I would have been claiming on the insurance, as it is I will spend a lot of time ( of which I have in plenty) sanding, filling & painting. It has certainly coloured my judgement of Garstang which is probably unfair as vandals can be found anywhere.
After walking for several miles I calmed down, reflecting on our way of live which, in the main, has many pleasures, we consider ourselves fortunate to be able to cruise the canals & rivers enjoying the countryside with nobody to please but ourselves. So a bit of scratched paintwork, in the total scale of things, isn't that important - though I might feel differently when I'm repairing the damage !
I had just got back on board (coffee time) & we spotted this tree down over the towpath, brought down no doubt in the recent gales, I'd have struggled to get past so timed the coffee break well. 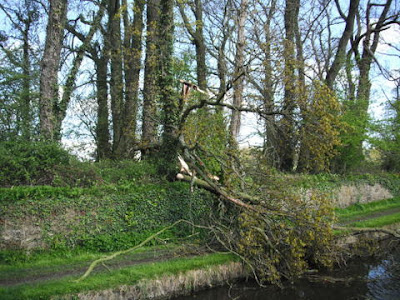 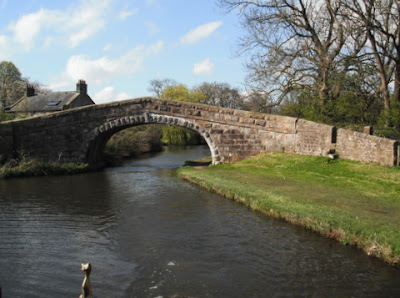 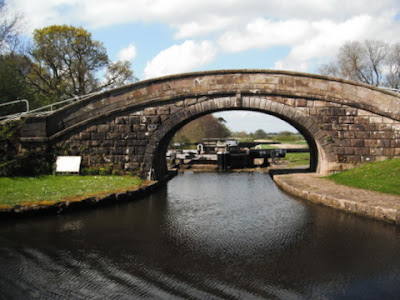 The entrance to the Glasson Arm & top lock, we shall be venturing down there ere long 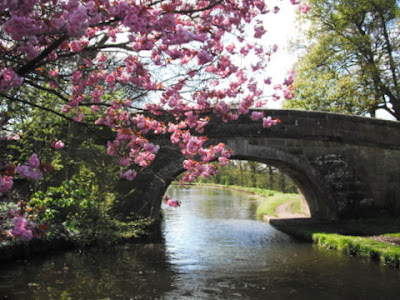 The blossom is lovely, good excuse for another bridge picture

There was no room on the visitor moorings in Lancaster, but we managed to moor just before Penny Street Bridge, we stayed just long enough to eat a sandwich & quick nip for a paper. We didn't find Lancaster particularly welcoming to the boater, it feels a bit like it has turned it's back to the canal. Maybe I'm being unfair, we shall be heading back through at least twice more so we'll see. 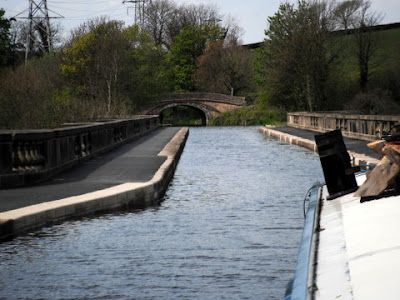 After Lancaster comes the Lune Aqueduct,  it was a bit windy going over! 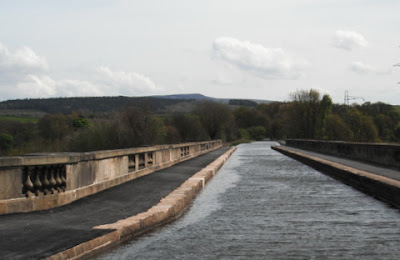 With the wind getting up, as we approached Hest Bank we started looking for a mooring spot, not always easy on this canal as it can be very shallow near the bank but we found a spot just passed Rakes Head Bridge & it's got a sea view! We spent the rest of the afternoon watching the snooker as the satellite signal came & went in the wind.

This morning we had a walk to the foreshore.. 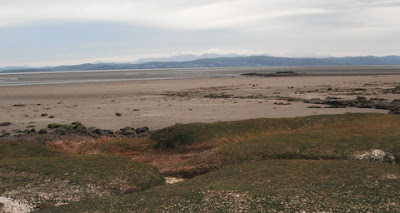 the tide is out so just miles of sand, mud & dangerous quick sands 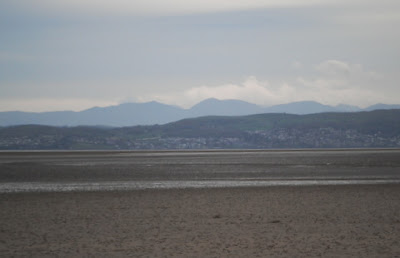 The mountains of Cumbria in the distance, according to an information board the Old Man of Coniston & the Langdale Pikes are amongst them 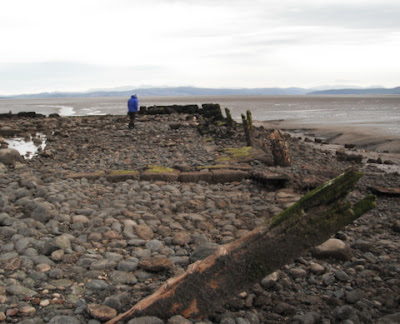 The remains of a causeway & wharf that was built at the time of the canal to enable ships to unload cargo that would be taken by horse & cart up to the canal. 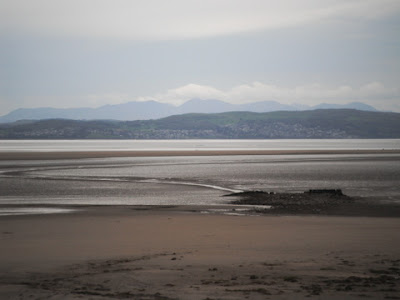 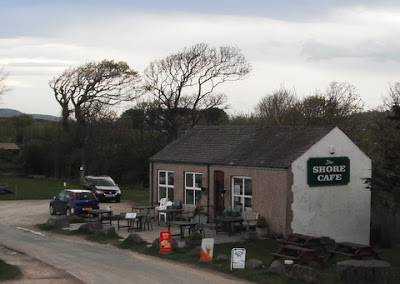 A few spots of rain so we headed to the Shore Cafe for a spot of lunch & what a little gem. We just had chip butties & coffee & in my case, carrot cake ;)  but the menu was quite varied & inexpensive, certainly recommended & for dog owners, dogs are welcome & even get free biscuits.
Tomorrow hopefully this wind will have abated & we can continue on to Carnforth, rain is forecast so wet gear on.