We spent 2 very pleasant days in Buxworth basin & as the sun scared the rain off  for a while we were able to get the washing done & the engine serviced.  On Monday  as we left we managed to get moored up at the top of the arm so we could do a shop at the handy Tescos then it was just a short cruise up to Marple, it was very busy & the only mooring spots left were under trees so we kept going to just passed Goyt Mill & found a nice spot with a view & a signal.


Tuesday we pottered on to High Lane, stopping at the visitor moorings just before the bridge, before the coffee was made we realised that just over the hedge was the brand new kids playground & squeals of delight from the local children trying it out, that was ok, it was the empty lager cans strewn around the seating area that prompted "we're off!"
More moorings just through the bridge & all seemed quiet, well it was until 9pm when loud music was drifting down from the pub,' The Bull's Head' seems like it was a disco night, anyway it went on till 2am. Maybe the lager drinkers would have been quieter!


Wednesday we went back up to Marple, found a good mooring just past bridge 2 so stayed for a couple of days, handy for shopping & we also had a rainless day ( few & far between at the moment!) so we got a coat of paint on the roof. Our roof was a dull reddish colour when we bought Poppy & on a hot day a couple of years ago a lovely old chap, John from Bluewater Marina demonstrated to me how much cooler a light coloured roof kept the boat ( very technical, hand on dark roof - too hot to touch, hand on light roof - cool)
We painted ours cream not long after but of course being cream gets grubby & we decided this year to give it a fresh coat so half is now done, it will be finished when  a)we get some more paint & b) then have a dry day. 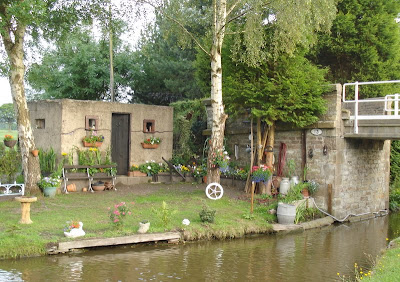 Passed this old 'pill box' left over from WW2, they really did think that we may be invaded by the canals, it is being put to better use these days
We stopped off at 'The Trading Post' for diesel ( self declare, 75p before tax) & a couple of new mooring pins as the 'eyes' on all 3 of our old ones have sheared off ( maybe from hitting them with a lump hammer!) & finding a nice spot between bridges 15 & 16 we got moored up just before the rain got going in earnest.


One of the reasons we have been keen to stay in this area for a while was to do some walking but the weather to date has been dire & when we have had some respite we felt we needed to get the jobs out of the way, well today the forecast was for more rain but this morning Mark said lets just put our boots on & go,  so with cagoules in the rucksack we did. Walked across bridge 15 & up to Lyme Park, it's uphill most of the way there so a good leg stretch. 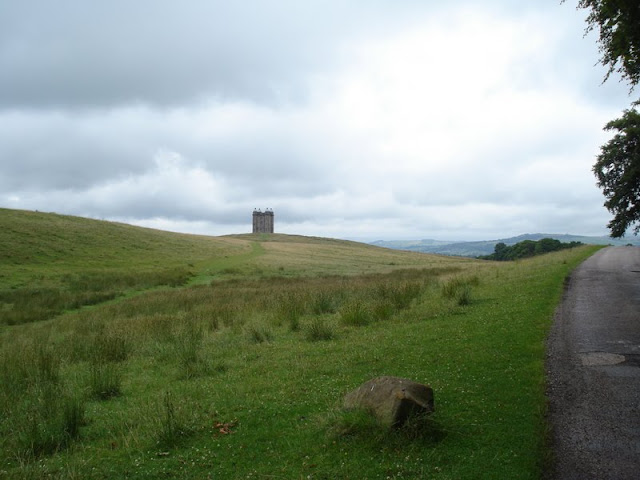 In the extensive  grounds is 'The Cage' which was built as a hunting lodge but was also used for locking up prisoners, must have been grim as it's very bleak up there.

Being stingy we didn't pay to 'do' the house & grounds but did manage a coffee & bun in the cafe. 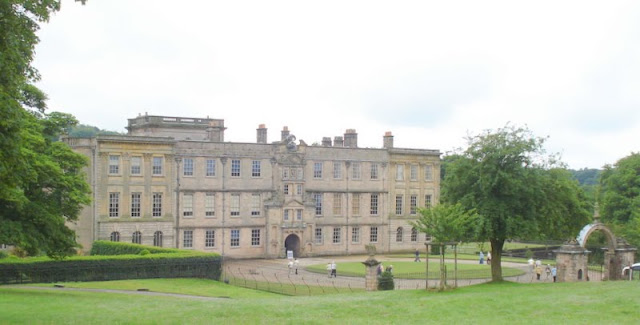 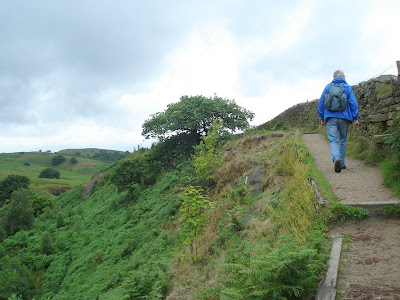 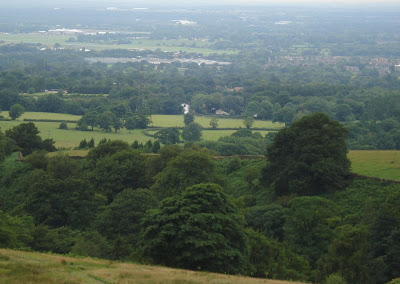 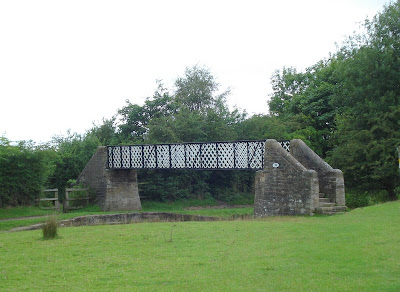