We did eventually leave Congleton behind on Friday &  travelled just 3 hours (in the rain)  & moored on the Red Bull Aqueduct at the bottom end of the Macclesfield, nice quiet moorings but a bit dreary, probably due to the weather! A Tesco is not too far away so we were able to restock the cupboards.
We stayed put on Saturday but with a promising weather forecast for Sunday we decided to head off onto the Trent & Mersey, Hardings Wood Junction is an odd affair, you pass over the T&M on the Poole Aqueduct then the 2 canals run parallel for a while then comes the junction, left to head north on the T&M right to go through the tunnel & south, we are headed north... 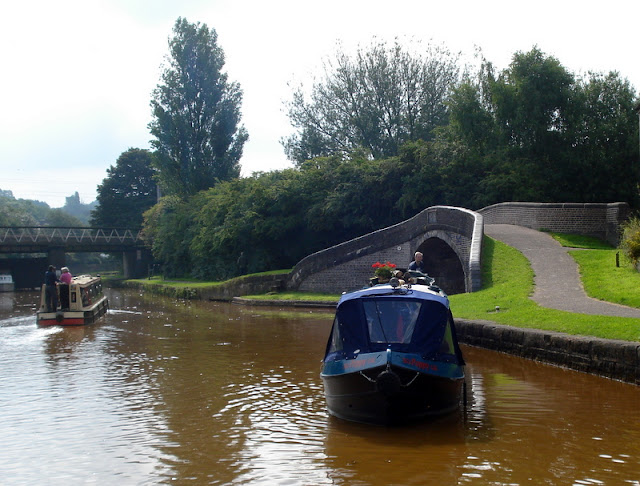 Leaving the Macc behind... 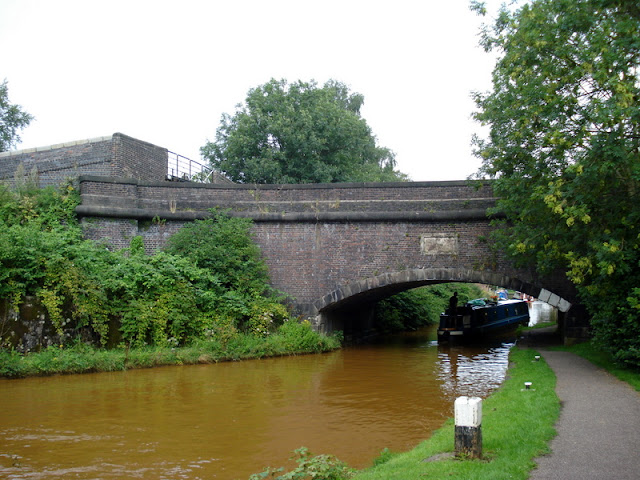 onto the T&M & under the Poole Aqueduct
We had a very enjoyable day locking in the sunshine,  so much so that we thought we'd stop off for a pint & hopefully a sandwich at the Broughton Arms in Rode Heath, it all looked very inviting with a beer garden on the canal side,  The beer was spot on but the sandwich was mediocre & had a soggy bottom & the service was unwelcoming, maybe it was because they were busy.... shall not return. 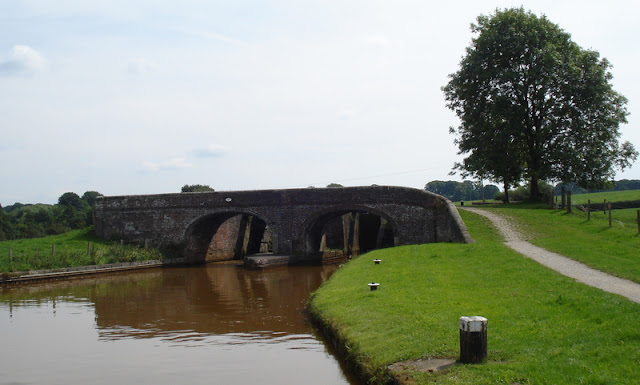 Most of the locks on this flight are in pairs, these had a matching double arched bridge
We moored up at 3.30 pm just before Hassall Green & the sun was still shining. After tea I went on  a blackberry picking session which we then had for supper, with custard, very nice. 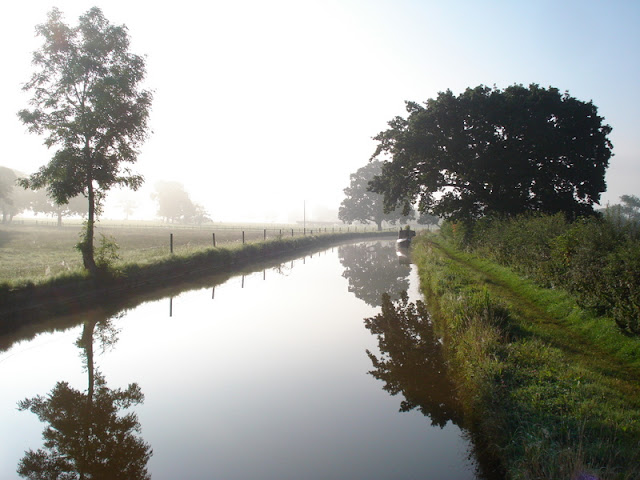 Early morning mist promising another fine day, 2 in a row!!
We set off at 9.30am & I did the steering for the first few locks, 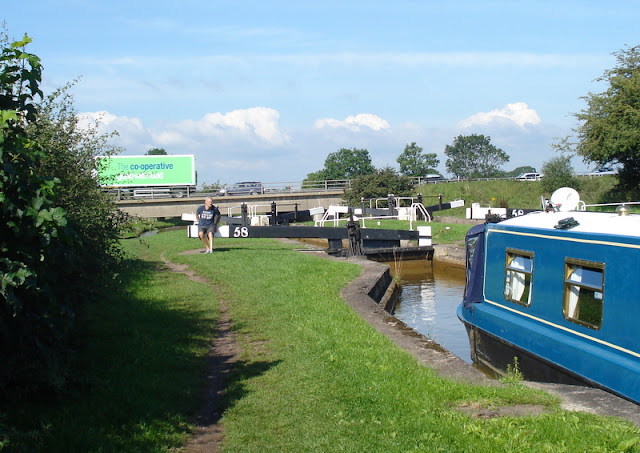 Mark doing a lock, the busy M6 is in the background
We were happily plodding along & I was managing not too badly when we met a boat coming up who told us they had been sat at the bottom lock for 2 hours as a pound had been emptied overnight. BW staff had just about got it sorted as we got there, they asked people to just use one lock instead of the pairs, but the level was still low enough for me to need Mark to open a top paddle & 'flush 'me out of the next lock.
There was then a procession of boats coming up so at least the locks were then in our favour!
We got to the bottom & there was still 4 or 5 boats queueing, but the sun was shining & most people seemed fairly laid back about it all. Then just a few hundred yards to the 48 hr moorings & we were tied up by 12 noon.
Today has been spent tidying up some paintwork between the showers, some of them thundery. Tomorrow we will move on to Middlewich, a visit to a chandlers is due as we need some loo blue....
Posted by Julia & Mark at Wednesday, August 18, 2010