A change of plan on Saturday, we were ready for off at 7am (!!) so we winded & filled the water tank at Little Bollington & then winded again to head back through Lymm for a brief shop stop before heading off but by 9 am it was pouring down, again... so we stayed put.
Lymm is lovely  but we couldn't get a signal for the TV & it was a bit noisy ( yapping dog) so when the rain stopped at 6.30pm we took a chance & moved a short hop to near bridge 19, nice & peaceful ;) 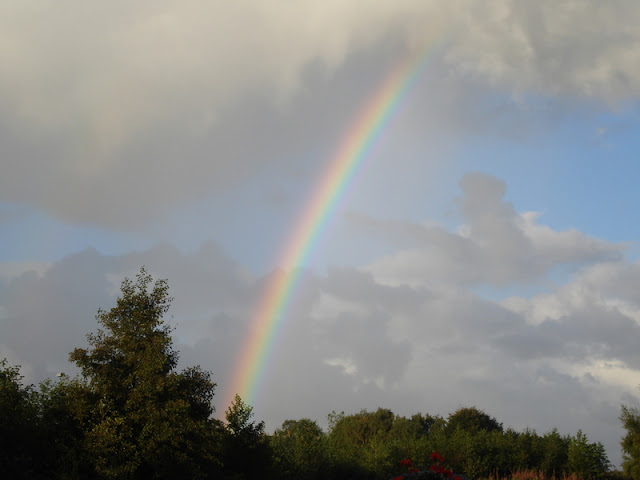 
Another 7am start on Sunday so we were moored up by 9.30 am in another nice spot about a mile & a half north of Preston Brook. Before lunch I went for a walk towards the junction with the Runcorn arm to stretch my legs  & after crossing the not very pretty footbridge found the towpath disappeared  off onto a housing estate, I stuck with it & eventually ended up back on the canal bank at bridge 68 after an uncomfortable walk down a couple of hundred yards of very busy single tack road with no footpath. So, not the best of walks, however all was not lost as on the way back to Poppy I spotted a good crop of brambles so we had crumble for tea & very nice it was too.


Monday we stayed put & had a lazy day.


Tuesday, tunnel day & we had a late start at 10am stopping off just before Preston Brook Tunnel to pick up some bits & bobs from the handy Spar shop ( handy but not cheap!) then through the 1st tunnel at 11am.  We were 30mins early for Saltersford Tunnel so time for a quick lunch & coffee, just Barnton Tunnel left & we were through & out by 2pm, then another 30 mins to the much needed services at Anderton before moving a hundred yards or so up to the 48hr moorings. Another day with heavy squally showers, at least we had some respite in the tunnels.


Wednesday & on with the waterproofs again, we needed to get to Middlewich as supplies were getting low,  leaving Anderton at 9.30am & battling with foul weather all the way to Middlewich arriving at 1.30pm. Then the sun came out!  Did a restock at Tescos.


Yesterday we did not a lot.


This morning a fairly early start at 8am & it looked quite sunny to start with,  1st stop the water point, then up to the 1st lock, by which time it's chucking it down & I'm shouting for my over trousers, should have put them on in the 1st place really...
2 more locks then it's the sharp turn under Wardle Bridge onto the Middlewich branch of the Shropshire Union & straight into no 1 lock... 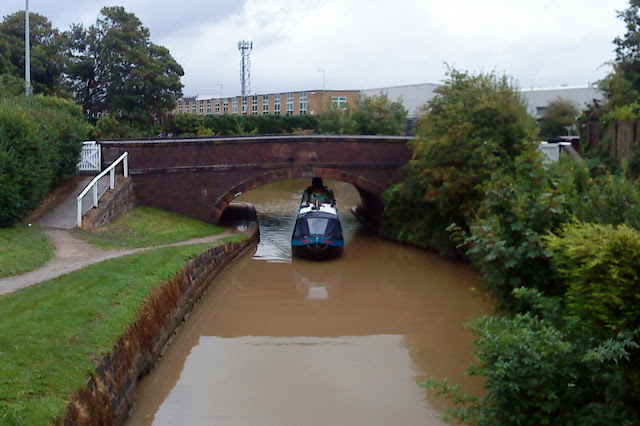 Onto the Shropshire Union


On leaving the lock Mark suspected a fouled prop as reverse not "reversing" so I made a coffee while Mark removed a load of wire & weed. Once out into the country we were not long before we found a good spot to moor up.
We shall probably stay put tomorrow as some washing needs to be done, I don't hold out much hope of hanging it out though :(  mark plans on chopping some wood as it's getting quite chilly of an evening now.

Sid hasn't managed to fall in -yet,
note the new collar, the last one is in a hedge somewhere on the Bridgewater Canal

Soona  loves a ray of sunshine for her snooze, this time it was on top of the modem....
Posted by Julia & Mark at Thursday, September 16, 2010