Up & down the Grand Union

We finally dragged ourselves away from Wootton Wawen on Monday morning driven by the need for the services at Kingswood Junction. Setting off at 7am it was cold & grey, we were well wrapped up but a combination of hard lock gear, heavy gates ( I do like the Stratford but some of the locks....) & the sun making an appearance had us shedding layers. 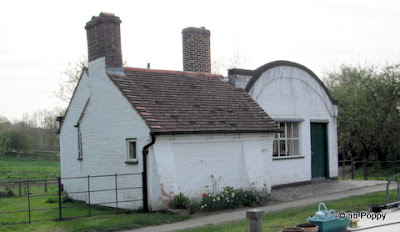 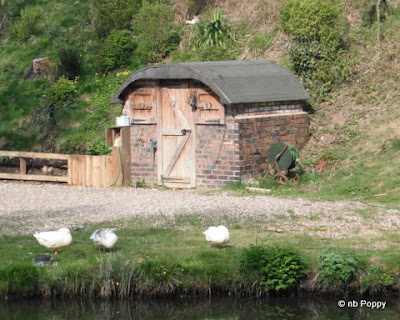 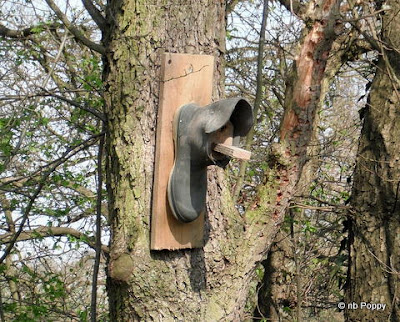 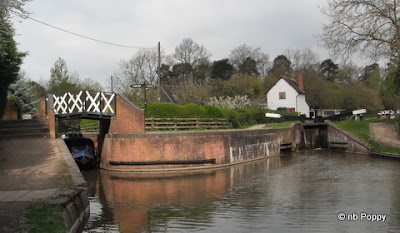 Poppy coming under the bridge at Kingswood Junction,
after stopping at the services we turned left at the junction & moored on the visitor moorings.
On Wednesday we moved up to bridge 68, Bakers lane as we were due a Tesco delivery in the afternoon, by the time it was delivered  & stowed it was cool with a few spots of rain  so we decided to stay put overnight.  Thursday morning  we went up to the winding hole, winded & headed back to moor near the junction.
I was in need of a new rucksack so on Thursday afternoon I got the train from Lapworth to Birmingham, it only takes 20 mins & reasonable at £3.65 return ( with senior railcard!) I had a pleasant couple of hours pottering round the shops & as my phone was due for an upgrade I called in to the 3 shop & left with a smart phone . I have therefore spent quite a bit of the last couple of days getting used to it, my goodness  is there nothing it can't do!
But then I'm easily impressed......
The train from Lapworth to Brum  goes to Moor Street station & it's like a film set for a 40's film, it's even got a steam engine. You could imagine Trevor Howard & Celia Johnson on the platform... 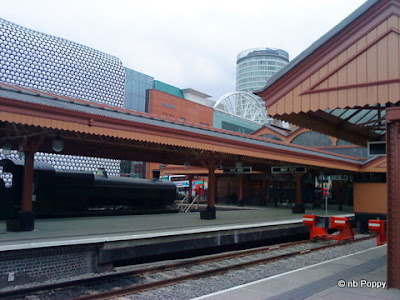 Then you spot  the new Bullring Centre in the background...
On Friday I painted the bedroom & kitchen ceilings, I'd been thinking about it for a while as the wood has darkened & after seeing how Geoff & Mags had worked out on Seyella  it got put on the 'to do' list. It has certainly lightened things up, just the saloon left to do, unless we do the walls as well...
This morning we woke to a clear blue sky & after Mark had watched F1 qualifying & we'd  been to the village shop for the paper we set off. we didn't go very far, just a couple of miles or so & we're moored between bridge 62 & 61 on the embankment overlooking Rowington. 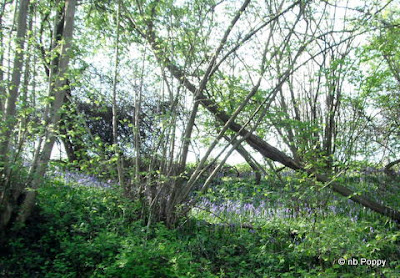 Not so much a bluebell wood as a bluebell bank, but delightful nevertheless 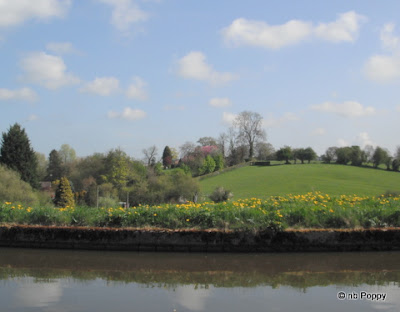 View from the hatch
We've been sat out soaking up some sunshine & Sid & Soona have enjoyed being outside.
Sid has even been halfway up a tree but as I was holding the lead I wasn't too worried.
Posted by Julia & Mark at Saturday, April 16, 2011