Our quest to find a quiet rural mooring became 3 days hard slog, we've only covered about 17 miles but did 37 locks, most of which were against us. The majority of the usually heavy gates leak badly & most have notices on requesting that you leave empty with a paddle up on a bottom gate, the notice tells you that this will help with water management, maybe some maintenance on the locks would do that!
Though I have since read somewhere that it has been practice for years as due to leaking lock walls the lock cottages basements would flood if locks left full.


Anyway the weather was kind & we managed to pair up on Wednesday with a couple on nb Meg who are heading up to the Macclesfield Canal, we moored up for the night just passed Kings Langley, pleasant enough but the noise from the main west coast line meant it was definitely not quiet.
Thursday, we pressed onwards stopping off in Hemel Hempstead  for some stuff from B&Q. As the day wore on it got very warm & we were visibly wilting so when we spotted some moorings above Boxmoor Top Lock we decided we'd had enough even though it was only 2pm, wimps!
Again we had the train noise but it does seem to ease off during the night or else I was so whacked I'd have slept through anything...
So Friday we got cracking at 8am determined to find a spot for the weekend, after a couple of locks we caught up with nb Paddington & shared with them the rest of the way. We stopped briefly in Berkhamstead to pop onto the handy Waitrose, 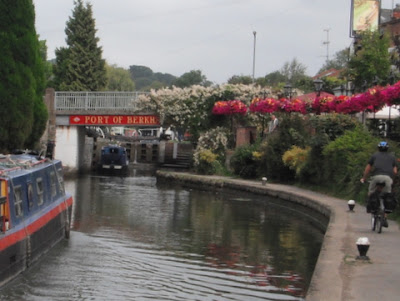 the welcoming approach into Berkhamstead 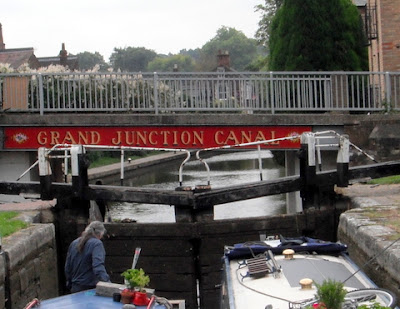 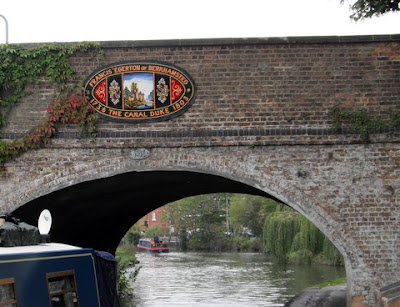 plaque on the bridge commemorating Frances Egerton, Duke of Bridgewater
who had an estate near Berkhamstead, he is credited with being the originator of the canal system with the building of the Bridgewater Canal

We then carried on, having lunch 'on the go' getting  to the summit at 2.30 pm. A space was spotted on the moorings between the lock & the bridge that we decided it would do nicely. Nb Paddington carried on a bit further as they are on a schedule, it was a pleasure working the locks together & it certainly made it easier. 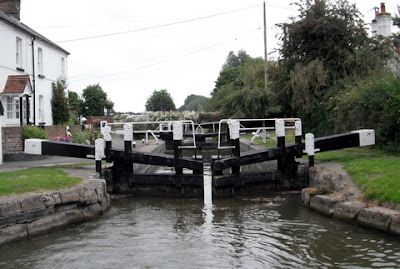 a sigh of relief when exiting Cowroast lock

Yesterday was chores day, I'm always amazed how messy & dusty the boat gets so a good clean through was in order then an afternoon doing very little followed. The cats are very happy here, Sid has been given his freedom as there are no big trees to get stuck up & no roads to worry about, we hardly saw him all day as he made the best of it, just the sound of the bell on his collar tinkling in the hedgerow let us know he was not far away, he did catch a shrew but luckily he brought it indoors  unhurt (apart from it's feelings maybe!) so we swiftly returned it to the great outdoors. He didn't seem to bother after that & today he has been happier to stay closer to the boat, in fact as I type he is fast asleep on the bed. 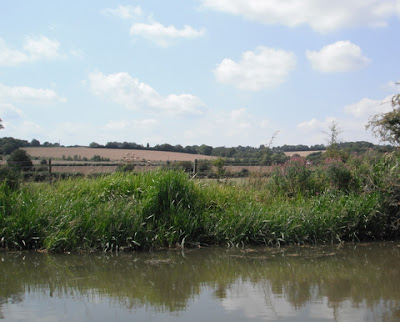 view from the hatch
We had planned to do a longish walk today across Northchurch Common & Aldbury Common but I've got a gippy tum :( so a good excuse for a lazy day (Mark's happy, it's grand prix day) & hope to do the walk tomorrow.